How good are Origin Live tonearms?

available on the web and Hi Fi press it’s not surprising.
The following news provides some clues on the caliber of Origin Live arms.

highest score EVER for a turntable / arm / cartridge combination from L’Art du Son,
a manufacturer who never advertises. Unlike the sometimes dubious reviews
of certain magazines, it’s fair to say that this is an exceptionally genuine
assessment of a clearly outstanding product.

The fact that this deck used the Origin Live Enterprise arm (in transcription reference form 10.5”)
also reflects on just how good this arm is. The L’Art du Son designer Martina Schoener
is probably one of the foremost networkers in the business, who knows reputations
and has heard most arms on the market. Her selection of such a
highly critical component was a very careful choice. 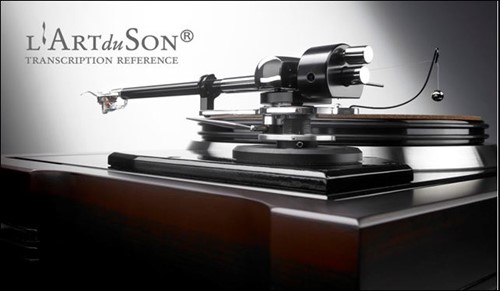 I’ve included a link to the review concerned where they rate this deck / arm / cartridge combination
as the absolute best they’ve heard - period. In the context of reviews that go up
to £100,000 this is surprising in itself as some magazines instruct their reviewers never
to make such a pronouncement because it can offend owners of other brands and
discourage advertisers. This makes the review all the more credible in my view.

Stig Bjorge, CEO of Lyra cartridges has ordered one of these deck combinations
which again is a tremendous endorsement from a world leading designer who regularly
hears the whole spectrum of what’s on offer.

Notably this deck was playing in two rooms at the worlds foremost High End show in Munich
where around 500 brands were on show. A good number of visitors commented
it was the best sound at the show. Remarkable in an arena where the competition
could not be higher with many rooms playing systems well in excess of £500,000.

Audio magazine Germany 9/2015 review
Rating: 135 points  : Which makes it "The Best Turntable " Audio has ever reviewed
in more than 35 years of their history - complete package of deck,
Enterprise TR arm and Lyra Atlas (80,000 Euros)
“Music like we’ve never heard coming from a turntable: incredibly dynamic, intimate
and direct, yet with an ultimately fine resolution. One could fill pages with listening examples, but
the superlatives would merely repeat: none of the records we were listening to
had ever been heard like this before. And never before had our digital reference,
the venerable Linn Klimax DSM, looked so pale by contrast: when even a Klimax
can’t win a single trick, then digital won’t make it at all. Not only does the TR come closer
to reality than previous turntables – with vinyl it creates a musical parallel universe”.

For those wondering about the difference between the L’Art du Son Enterprise TR and
normal Enterprise they are as follows:
Enterprise TR Effective length is 255mm  OL Enterprise is 240mm & 309mm
TR version earthing arrangement is not attached to the screened external cable as per OL arms
Instead each screen has a separate earth wire and the tube also has a separate earth wire.
This allows for fine optimization of earthing configurations for valve and solid state amps.